If you’re battling doubt or feeling defeated (and even if you aren’t) this is for you… My position as it stands is unwavering. Not out of ego, arrogance, or gullibility. I am no sucker. My mind is sound, my judgement is sharp and my perspective is unaffected by emotion. My confidence is rooted in my understanding of the current conditions we’re in and how we’ve arrived here. The evidence I’m seeing playing out is consistently encouraging. My undying faith in God and the power of the human spirit only seals it for me. I won’t deal in speculation, only what I know. Here’s what I know…

1.) Donald J Trump was re-elected by the people in a landslide victory that pulled record turnouts of voters in numbers far surpassing what we even know, once you subtract all the fraud and stolen votes (which as it stands is a record, Biden’s numbers aren’t real – remember that). Americans of all race, age, sex, religion, sexual orientation, culture, economic status etc. came together in November in a massive, unprecedented display of unity to elect him for a 2nd term. He earned this honor because for the first time, we witnessed a president who put the interests of the people above all else. What this shows is that contrary to all the propaganda we’re fed non-stop, Americans are more unified than EVER. And the citizens of the world who aren’t brainwashed all stand behind us. I’m told by people all over the world this very thing all the time.

2.) We have at least a handful of very powerful people in key positions of our government and military who want to save this country and will not rest until they do. If you disagree with that statement then you’re probably blackpilled and I’m not sure there’s anything I can say to convince you that there’s hope. Even after we win, some of you will still think it’s a PsyOp. The fact is the lives of these key people and their families all hang in the balance, along with the fate of the entire world. Their enemy is our enemy. They have everything to lose if they fail, and everything to gain if they win. This would be a very scary scenario, if it weren’t for the fact that they still have several clear paths to victory and are natural born winners with truth on their side. None of these paths will be easy, but that is of no consequence. Collectively they can move mountains, and their plan, although unknown to us, is by every indication incredibly well thought out and unimaginable in its scale. What we do know, however, is that despite all the chaos and uncertainty from our standpoint, nothing seems to have deviated from what’s already been outlined for us as we decipher it. Important markers have all been hit, and what we’ve been warned about has all come to pass. Look into ‘Game Theory’ for more perspective on how this works.

3.) Our military, as corrupt as some of its members may be, is largely made up of regular freedom loving Americans fully prepared to do what’s right when called upon, and who understand what’s wrong. Not only do these people seem to share a deep love for our POTUS (who’s done more for them than any other president and just happens to be the greatest Pres. of all time) but they also HATE Biden. I mean, the man is on tape saying “clap for me you stupid bastards”, speaking to an audience of them just last year. The Obama Administration sent thousands of their brothers/sisters to die in manufactured wars while holding them to insane rules of engagement designed to handicap them in the field. Very few consider him to be even a legitimate President, let alone “their” President. This was made clear today when they greeted his motorcade with zero salutes and their backs turned. An incredible statement. Compare that to the welcome POTUS received from the stadium of soldiers at the Army/Navy football game last month. 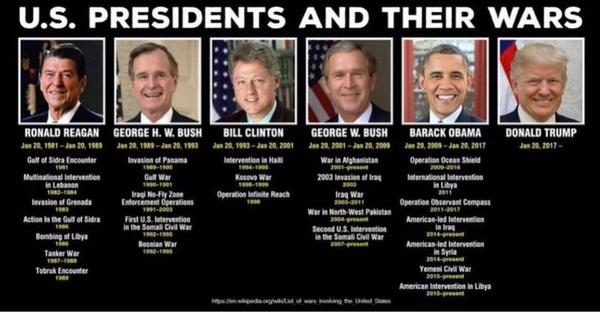 4.) Joe Biden is currently occupying the Whitehouse under an illegitimate, ill-gotten Presidency. 2020 was a fraud-stricken election that ended in the greatest, most large-scale crime ever committed. Not only was it the biggest, but it was the most egregious considering it was done a hundred different ways in broad daylight while the whole world watched with cameras in hand. This conspiracy involved a relatively small group of people (compared to the amount of people it disenfranchised and robbed), made up mostly of politicians and their subordinates on local/state levels, backed by elites, foreign actors, and globalist interests all unpopular to begin with. It was only made possible through the support of a relentless MSM propaganda campaign that was painfully obvious and cringe to everyone who isn’t still under their spell (which is now the majority of Americans) and the bullying, censorship tactics of Big Tech companies. What this all mean is that in reality, we have the truth, the proof, and the people on our side. No amount of wealth or power can buy that or take that from us.

5.) Right now, surrounding Joe and his “administration” of pedophilic clowns are anywhere from 30-60,000+ heavily armed troops who’ve locked down every corner and every bridge and tunnel on and off the island. The other day, 4,000 of those troops were deputized as federal marshals and now have the power to arrest anyone they want, even a president (only a federal marshal has that power). Washington DC sits on land that is technically considered sovereign. It is essentially a foreign nation sitting on American soil, operating under its own set of laws…. and it’s now completely occupied by our military. Whatever this is, it’s not what we’re being told, that’s safe to assume. I have a few ideas, but I’m sticking to what we know conclusively.

6.) This is not over, not by a long shot. Anyone who has given up hope needs to snap out of it right now and rise to the occasion. These truths alone should be enough to put some wind in your sails. As it stands there is enough room for hope and realism to co-exist comfortably, and it’s much needed. But regardless of whether this plays out in the form of ultimate victory or bitter defeat, I will never stop fighting for truth. My brothers and sisters in the truth movement will never stop fighting, and together we will continue to wake up the sleeping giant until there is no one left but us, the awakened. On that day, no matter how we get there, their game is over.